Another year another Marvel Unlimited Plus membership kit and this year the theme is House of X.  As an X-Men fan I was pleasantly surprised with the them as I actually really wanted to read the new House of X event but hadn’t gotten any issues yet.

Here is everything that is included in this years box:

The box is X-men themed and looked really good.  The bright yellow and red colors really popped and it had a wrap around picture across the front.  (added a bonus cat in the pictures. 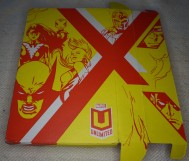 First up is the yearly letter which is in the X-men theme.  I don’t know why but I do like these letters and they are printed on very nice paper stock.

The comics are the first two issues of House of X.  The variants look great and I really like that they are connecting variants.

I’m not going to sugarcoat it, I’m disappointed in the Marvel Legends figure.  This is clearly a just a old figure they already had with a new paint job and being called an “exclusive”.  Marvel Unlimited Plus is a 30 dollar premium over the normal Marvel Unlimited subscription and while that isn’t a huge amount its enough that I expect better than this.  Right now the Deadpool figure goes for 19 to 60 on ebay (which my figure will be joining them for sale soon…). 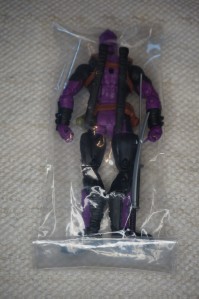 Last is the patch and pin.  The enamel pin is similar quality to years past and while it’s not terrible it’s also only ok.  I like the Scottie Young design on it but still feel mostly meh on it.  I like the patch a lot, this is the new X-Men logo for House of X so there isn’t a lot of mech for it.  It’s a cool design and fits in to the theme well.

What else do you get in a Marvel Unlimited Plus subscription?  There are invites to members only events at SDCC, NYCC, and C2E2.  They actually seem like cool events that if you go to them you get additional free variant covers of comics and some insider information at the panel.  However, I don’t live anywhere near these events and will likely never go to them so it’s not much a benefit.  You also get 15% off digital comics from comixology / Marvel Comics Digital store.  However, Marvel has just recently announced the Marvel Comics shop is closing so this benefit is ending.  Lastly you can get 10% off all things from marvelshop.com.  I’ve never used this benefit before and forget that it is a benefit entirely, but hey, 10% isn’t much but it’s something.

Overall outside of the disappointment in the Marvel Legends figure it’s a really great box and I’m pleased with what I got in it.

I’ve spoken about Marvel Unlimited before on my Reading Digital Comics post.  But for the uninitiated Marvel Unlimited is a streaming comics service which is basically the Netflix of Marvel Comics.  It has over 17,000 comics spanning the entire back catalog of Marvel’s history.

Marvel Unlimited has three tiers of service.  You can pay monthly for $9.99 per month, yearly for $69.99, or a plus membership for $99.99.  I’d go through the details of which membership gets what but Marvel has already put together the following chart. 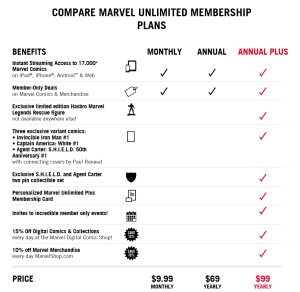 Here are some full unboxing shots. 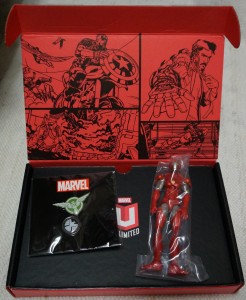 Here are close ups of each of the comic books along with a composite of all tree.

Here is a look at the letter / membership card, Rescue Figure and Pins. 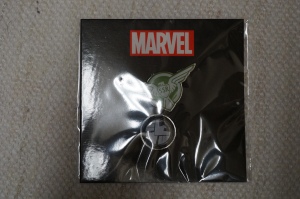 So far I feel pretty good about getting the plus subscription over the normal annual subscription.  In the past the Marvel Unlimited Variant Comics resale for 20 dollars each and last year’s Rocket figure goes for 25 on ebay.  So the three comics and figure alone are worth 85 dollars.  If you were to do well on selling off your Unlimited Plus items you could reasonably pay for your entire Unlimited subscription.