My name is Jason and I’m an addict.  My addiction is Funk POP Vinyls.  It started off innocent enough with just a Batman figure but soon blew up to over 50 figures.  Funko has put out a massive collection of these figures across multiple series of TV, Comics, Books, Movies, and Video Games.  These days the series they haven’t created figures for is almost smaller than the list of series they have created figures for.  However, there are few things they haven’t made into figures that are still on my wish list.

Who better to make a series of Pop Vinyls then the undisputed Queen of Pop?  I understand that I may be alone as not every one shares my obsession with Britney, but hear me out.  They have made quite a few musician Pop Vinyls in the past and even did an entire series of Pop Vinyls just on Michael Jackson. 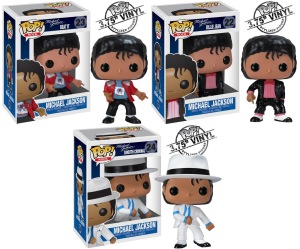 Who then also has a series of incredibly iconic outfits that are begging to be turned into cute pop vinyl form? Britney Spears.  I went ahead and pulled some pictures of some of her most iconic looks that would make a great series.

Death Note is easily my favorite anime and has just the right size cast where it wouldn’t take more than 4 figures to cover the main cast.  They could easily just do Light, L, Ryuk, and Misa and call it a day.  The characters are already so stylized in their animation that they would look amazing in the pop vinyl form.

Out of everything on this list Archer seems like the biggest no brainer to me.  It has a huge cast to work with and is beloved by the same people who already love Pop Vinyls.  In fact I would not be surprised at all if Funko had an Archer series announcement by the end of the year.  I mean come on! Just think of how great a Pam with a dolphin puppet, Krieger’s Anime Hologram wife, or Babou the Ocelot would be!

HOW ARE THESE NOT ALREADY OUT!  Studio Ghibli is one of the most obvious choices for the Pop Vinyl treatment out there.  There dozens of extremely iconic and popular figures they could pull from that fans will throw money at.  Just a Totoro alone would fly off the shelves and with out expensive most Ghibli merchandise is it would be a steal at Funko’s 10 dollar price point.  They would have a big selection of characters to chose from and my top five characters I would like out of this series would be a Kiki and Gigi, Totoro, Nausicaa, and Howl and Calcifer. 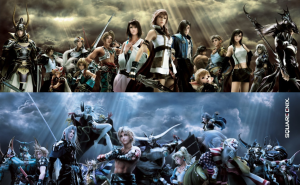 That’s my top five list, what would you like to see get the Funko Pop Vinyl treatment?

Born out of the depths of Hell Jason is considered to be the song bird of his generation. END_OF_DOCUMENT_TOKEN_TO_BE_REPLACED
This entry was posted on Tuesday, August 25th, 2015 at 8:11 pm and tagged with britney spears, Comic Books, Comics, funko, funko pop, funko pop vinyl, ghibili, pop, pop vinyl and posted in Comic Culture. You can follow any responses to this entry through the RSS 2.0 feed.
« Marvel’s Hip-Hop Variant Covers Complete
Marvel Collector’s Corps: Secret Wars Unboxing »